Skip to content
family, friends, our life, the monkeys

Ryan is in Wisconsin this weekend for the Packer/Lions game with Jade and Don, so the boys and I are flying solo until he gets home tomorrow. I hope he’s had a great time tailgating for 3 hours and then sitting outside for a 3-hour game in 20* and sunny weather HAHA! The difference in fun for women and fun for men….

Ry left yesterday around 11am. I was watching Heather’s girls so I had all 4 kids until about 7pm last night. Loooong day. Luckily, Katie and the boys came over around 5 to give me a little sanity break and some adult conversation. Thankfully they came through with plans to stay the night here so us “widows” could keep each other company. The boys hung out and watched Speed Racer and ate popcorn and stayed up way too late. Katie and I managed to scrapbook a few pages until about midnight and then sat up until 1:30am chatting. 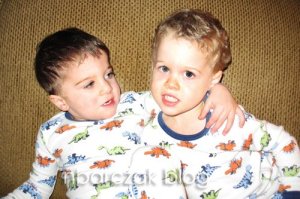 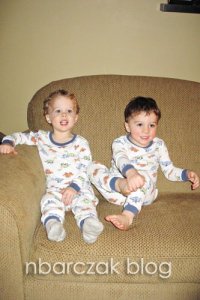 After some Monkey Bread for breakfast, Katie and the boys took off for home and my boys and I went into town to run errands… we went to Target and to Kohls so Porter could pick out a Hallmark ornament to commemorate his year 2008 (oddly, out of Buzz Lightyear, SpeedRacer, Little Einsteins and Handy Manny, he picked the latter…. I didn’t think he was “that” into Handy Manny!?). I picked up a Super Baby ornament for Hudson- thought that was fitting. Lori had given me the New Home Hallmark ornament, so I think we got a pretty well rounded set of 2008 ornaments.

Porter is just hanging out with me watching Kung Fu Panda. He’s been staying up past his bedtime more often than not lately. I’m hoping to get a little cleaning done tonight after P goes to bed and get this house somewhat presentable for our New Years Eve party on Wednesday. I have way too much laundry to do, bills to catch up on (I always seem to get behind on balancing the checkbook etc around busy holidays) and a mud room to clean out. Not to mention my entire scrap area downstairs to organize and move to the apartment for a scrap night next Friday.

Speaking of all that… I should get going.

Some pictures from the weekend…. 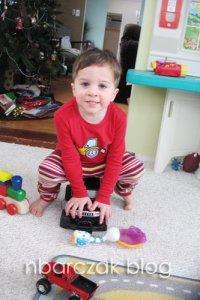