This weekend Eian and Kennedy came over to play.  Kennedy has been climbing the trees at the back of our property and Porter decided to give it a whirl.  Now, he’s a climbing machine.  It was making Ryan really nervous… he kept telling him to get down, don’t go so high, be careful.  I admit, it did make me a little queasy thinking what could happen if his foot slipped, but sometimes you gotta let kids be kids.  This afternoon he was SO high… way up where Kennedy was in some of these pictures- I’d say at least 15 feet high.  EEEK! 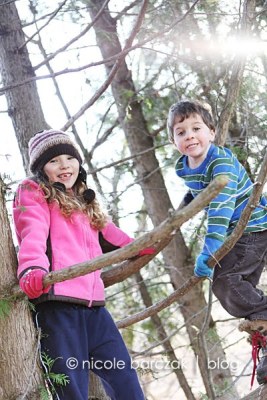 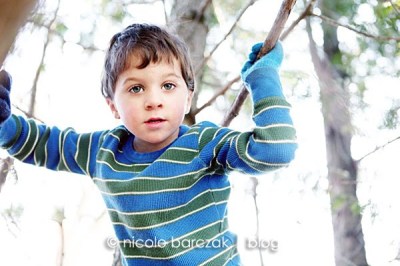