Skip to content
Duncan, hudson, summertime, the joys of boys

I’m not sure if I have a future nudist on my hands or what, but this kid LOVES to be naked.  He most often sleeps naked (both naptime and bedtime) and during the day it isn’t uncommon to find him running around the house (or yard!) naked.  Poor UPS guy and neighbors HAHA!  It drives Ryan CRAZY but I say, hey, let him be free.  He’s 3.  Who cares?

Yesterday I picked up a new pair of sandals for him (he had a pair but the one random time Duncan decides to chew he picked his new sandals to chew!) and he wanted to wear them.  Thing is, he didn’t have a stitch of clothes on otherwise.  It was hilarious watching him play around the yard in just his sandals HAHA!

I keep adding things to our Summer Bucket List (and deleting things that now, in the middle of summer, don’t sound too enticing anymore).  We crossed off another yesterday…. refill the sand box.  A truck bed full of sand and we have new “sand dunes” for the trucks to drive on!

And I got a few good shots of the Doodle yesterday.  He’s a beast.  The best beast.  He’s due for grooming next Friday but I’m contemplating pushing it back another week or two.  I kind of like his hair this length. 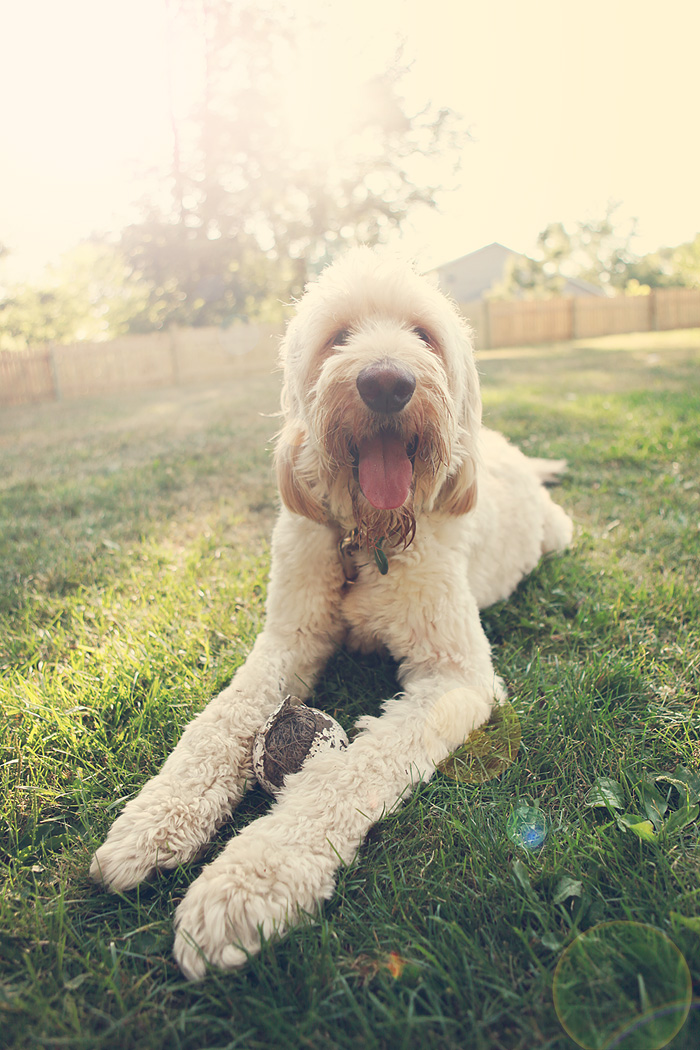