Skip to content
friends, our life, the joys of boys

Ahh… I am counting down the days until summer break! (49 to be exact!)

Today was a gorgeous 80*, sunny with an awesome breeze. The boys and I had a productive day. Porter was raring to play outside at 8am this morning when he woke up. We had just bought some play sand for the sand box so he was too excited.

I managed to hold him off until about 9:30am. We did an art project inside and played for a bit. The boys had a blast playing in the sand box and I managed to get 3 loads of laundry hung out on the line to dry. Ryan stopped by home for lunch and brought us Subway (thanks!). I weeded a few spots in the landscaping. The boys got filthy in the sand. Hudson had it crusted in his eyes, down his overalls and in his mouth. Needless to say, I had to throw them both in the bath before naptime. 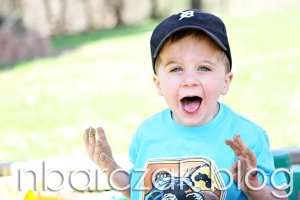 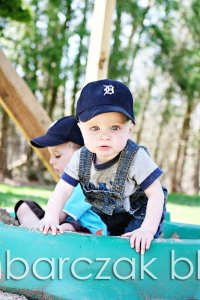 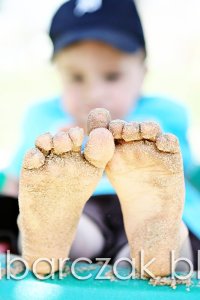 This afternoon I met up with Barbie, Simon and their boys at Ella Sharp Park to take their prom pictures. Its so hard to believe they’re old enough to go to prom. I started babysitting them when Cole was 9mos and Cannen was 18mos. I changed their diapers… no way can they be old enough to drive and go to prom!!

We were supposed to have a game night tonight but everyone seemed to have something else going on or couldn’t find a sitter. We ended up throwing some hot dogs on the grill and eating corn on the cob and strawberry shortcake with Maria and Tony, LeeAnn and Lukas. Lukas and Porter wore themselves out chasing eachother around the vehicles and attempting to play soccer. It was so nice to just sit outside and chit chat and watch the kids play. 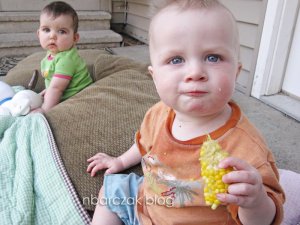 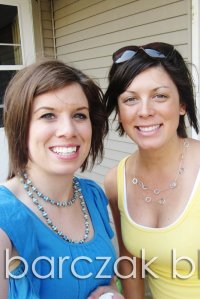 I am sooo looking forward to this summer… spending the day with the boys (hopefully not pulling my hair out!), bringing in fresh laundry from the line and having friends over to barbecue.

What are you looking forward to most about summer?