Skip to content
our life, the joys of boys

We woke up this morning to a beautiful winter wonderland outside.  I don’t “love” the snow or the cold or the ice or the slush… but I do love a beautiful wintery scenery.  I much prefer it to the gray, dead, lifeless scenery that winter brings.
This morning the boys and I bundled up and headed outside.  The snowflakes were HUGE and thick and wet.  The snow was perfect snowball/snowman snow (that’s a lot of SNOWs).  Eian and Kennedy were outside as well and came over to play.  Porter, Eian and Kennedy had a hilarious snowball fight and Hudson walked around in amazement of the snow.
The wet, slushy snow plus freezing temperatures is making the roads a bit treacherous.  Tomorrow is a snow day, so I’m hoping if we’ll have enough snow to make a snowman! 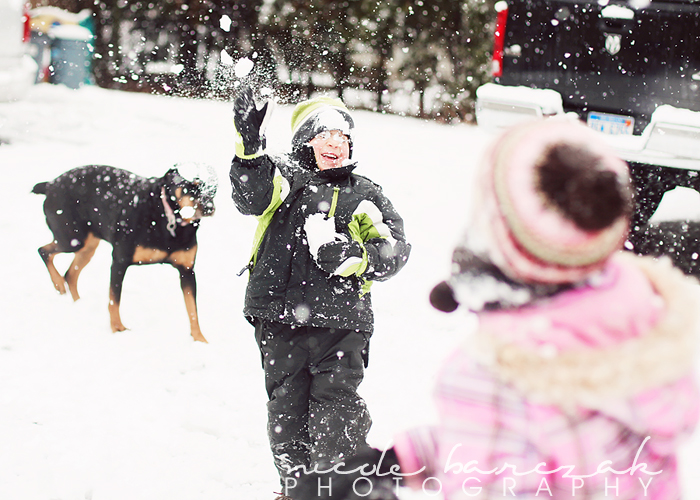 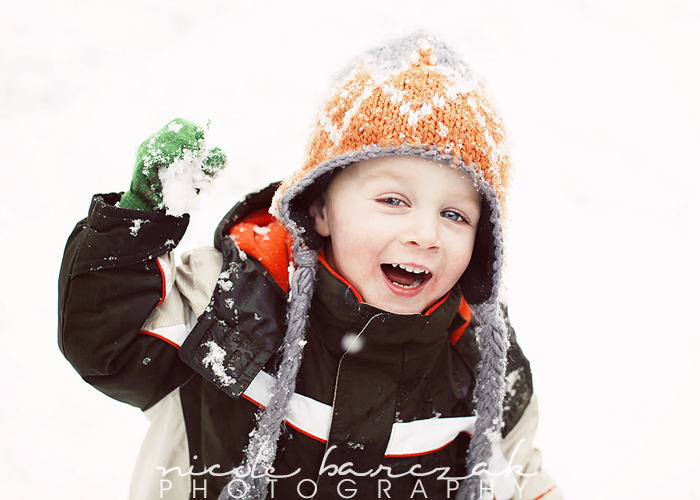 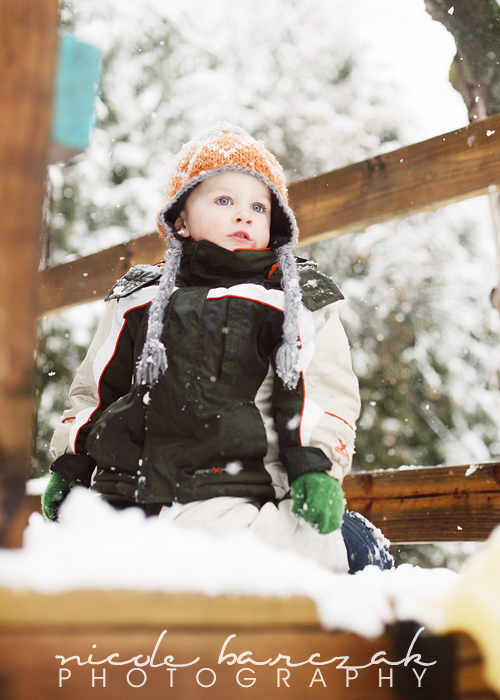