Despite being very nervous and scared during the weeks leading up to his surgery, Porter was so SO brave the day we went to the hospital.  His surgery was very minor (for urethral stenosis), but nevertheless when your child is being put under and you’re unable to be there with them its nerve wracking.

He was his typical goof-ball self on the way to the hospital at 615am, making jokes and being silly.  He had no hesitations whatsoever to put on his gown/scrubs and have his vitals taken.  He was actually seeming quite excited about the whole thing.  He even rode on the bed by himself down to surgery, something the nurses said most kids make the parents ride with them because they’re scared.  He’s my brave boy!

The nurses at Allegiance were amazing.  They were SO good with Porter and were really friendly and thorough.  We forgot to bring Rocky, so two different nurses has brought Porter a stuffed animal.  He got a lizard (Lizzy) and an otter (Seaweed).

After his surgery, he came off the anesthetic in a terrible mood… hitting and trying to rip out his IV.  I climbed into bed with him to try to calm him down.  He finally settled down and the nurses brought him a popsicle (green, of course!).  All was well in the world from that point on.

Back in the room, he seemed to recover in a snap.  He was content munching cereal, eating numerous green popsicles and watching cartoons.  We left the hospital at 11am (so strange to leave so soon after he’d had a procedure done!) and he was literally skipping and hopping out the doors.  We kept reminding him he needed to walk and stay calm but he was just a bundle of energy!  I can’t believe how resilient kids are.  In the truck on the way home he told us “Just tell me to rock on with my bad self, Mom!”  He sure makes us laugh! 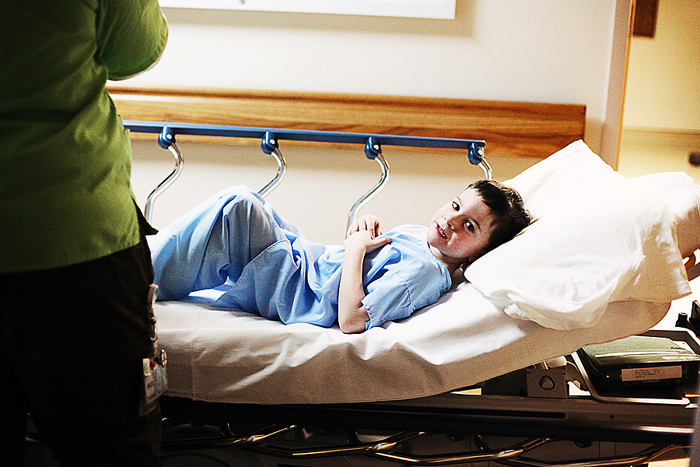 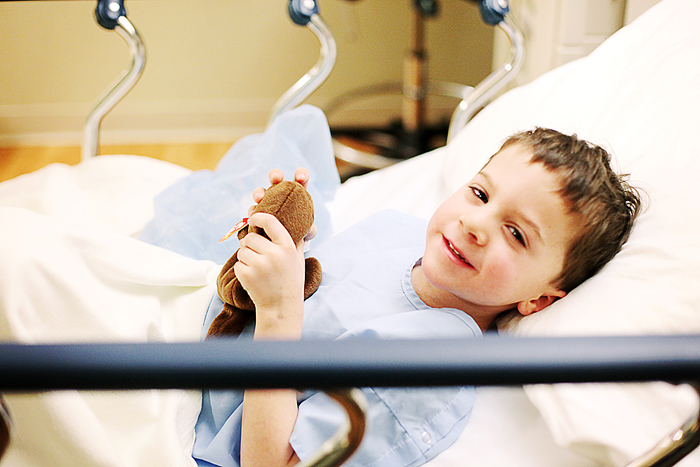