We decided at the last minute to go camping with the Kilchers and Deers at Apple Creek (not our new neighborhood… but ironic, right?), which is a little campground about 10 minutes from our house. Worked out perfect so that we could go let the dogs out a couple times a day.
Erika texted us that a site was available across from them, and we packed up and headed out a few hours later.  We had a great relaxing weekend.  The kids rode bikes, got disgustingly dirty, we watched fireworks, went on walks, played at the playground, decorated bikes for the 4th of July parade, roasted marshmallows, grilled out, walked dogs, found worms and frogs and bugs, and well… all sorts of fun things!  Our kids get along so well.   Hudson LOVES Jude… he was so excited to go camp with him and he took him on countless walks.   Jack just ADORES Eloise and was always snuggling up to her and wanting to hold her.  Amelia and Emryk had so much fun being silly little toddlers together too.
We had a couple hilarious things happen over the weekend.  Sunday, the people next to us were leaving and the wife accidentally drove the truck into the water spigot, breaking it off.  Water was shooting EVERYWHERE and flooded our campsite.  We had to move our camper, but luckily a lot of people were clearing out so we just moved next to the Kilchers.  (Michelle and Kevin had left already).
Then, late Sunday night everyone was playing kick the can in the dark… I was sitting in the camper and had fallen asleep waiting for Amelia to fall asleep.  Hudson comes in and tells me there is a problem… there is water everywhere.  I went outside and there was ANOTHER water spigot broken. Turns out a 12 year old girl from another campsite was playing kick the can with them and she ran into the spigot and broke it off, flooding ANOTHER site next to us.  The poor girl was in so much pain and her parents took her to the ER.  I wouldn’t be surprised if she broke her foot.   I felt so bad for her!   Erika and I couldn’t stop laughing at the craziness of not one but TWO broken spigots near us, and TWO geysers of water flooding the campground.  Quite the memories! 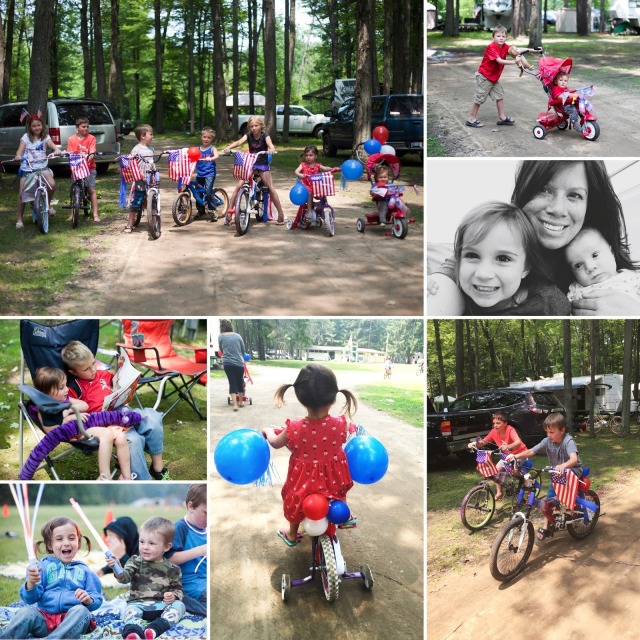 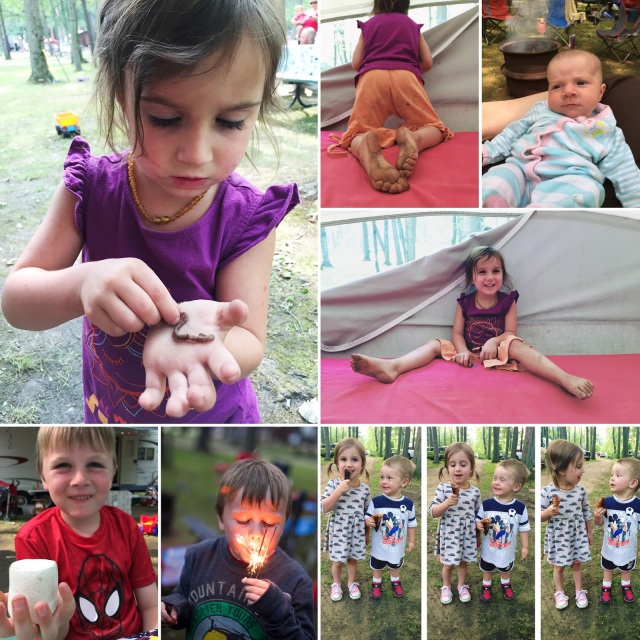