Our Saturday didn’t start out the way we’d anticipated.   Well, it DID start out normal, but turned bad quickly.

Ryan and Hudson left for Brain Balance around 8am.  Eloise has been kind of fussy/not sleeping well the past few nights (I think she’s getting more teeth) so she was in bed with me. Porter and Amelia had woken up and asked me to come out with them on the couch.  I left Lulu in our bed, put some pillows around the edge (she isn’t crawling yet but can army crawl) and went to cuddle on the couch.

About 15 minutes later, Porter asked to play the computer.  I got up to go type in the password and as I stood up I heard a thud then a cry.

She had fallen off the bed.  Onto our hardwood floors.

I ran to the bedroom and I think she was crying?   I picked her up.  Yes, she was crying.  I hugged her, shushed her, rocked her, and went into the kitchen to get an ice pack.   I assessed her head and noticed she seemed woozy… her eyes looked like she was sleepy, she was crying, and kind of lethargic and limp feeling.   I sat down on the couch to put ice on her head (err actually a frozen Margarita bag) and she started projectile vomiting.   She got even woozier and limp and crying and puking and puking.  I felt like she was going to die right there in my arms, in my house, while I’m alone.   I didn’t know what to do… do I take her to the hospital?   But if I drive, its 20 minutes away and what if something happens while we’re in the car??

I decided to call 911.  They immediately sent someone out.  It took a good 15 minutes (maybe not even that but it felt like FOREVER).   The first responder pulled up and a fire truck stopped at the end of our road (large vehicles can’t cross our bridge) and the fireman walked up the road to our house.  She had calmed down by the time they had arrived, but her head had a huge goose egg.  I was so scared she’d suddenly pass out and be gone.   First assessment was that she was fine… but he said babies are resilient but they can also deteriorate fast so he recommended we have her checked out at Motts.

The ambulance arrived and I put her in her baby seat and kissed her and they took her to the ambulance.  I felt like such a horrible mom.  It was awful handing her to them and knowing I couldn’t be with her.   I threw a sweatshirt on, got Amelia halfway dressed and we grabbed my purse and diaper bag and followed the ambulance to the hospital.

Motts has an amazing staff, let me tell you.   I’m always impressed with them.  They took Amelia and Porter to get some toys to play with (and gave Porter some legos to build and take home).   Long story short, she seemed fine but based on her puking and lethargy immediately after, they wanted her to have a CT scan.  Ryan and Hudson arrived right as they were ready for her.    I wasn’t sure how they’d can a baby but let me tell you… they have it figured out.   Head pillows so she doesn’t move her head, and velcro “swaddler type” thing around her, then weighted blankets and the blanket to protect her from the radiation.   Amazing.  She wasn’t too happy with it though and screamed the whole time. 😦     I felt so bad because she was so hungry and couldn’t eat.   She finally passed out on me in her room.   Her CT scan was fine and we were released shortly after that.   Thank.  The.  Lord.  All I could think of was this recent story I read on facebook where an 8 year old got sick Christmas Eve, in the middle of the night they took him to the ER and he’d died shortly after from swelling of the brain from a virus.   So freaking awful and scary how fast they can go.

We were all exhausted and drained and hungry, so we went to eat at Jonny’s Pizza House.   Both boys had loose teeth.   While eating feta bread, Hudson was like ‘OMG my tooth is going to fall out!”  It was hanging by a thread.   Ryan yanked it out and we were all cracking up.   Porter starts wiggling his tooth, saying “I’m going to pull mine out too!”   The college age waiter checks on us and Hudson says “I lost a tooth!”  Waiter says “Really?  Just now?”  And then Porter says “I just pulled mine out!” holding up his newly yanked out tooth.  Ryan and I were dying… its like a comedy.  WTF.  Teeth just falling out left and right.

We’re home, we’re resting (well, I’m walking on the treadmill because I’d planned to run this morning), we’re exhausted and drained.   So thankful our sweet baby girl is okay! 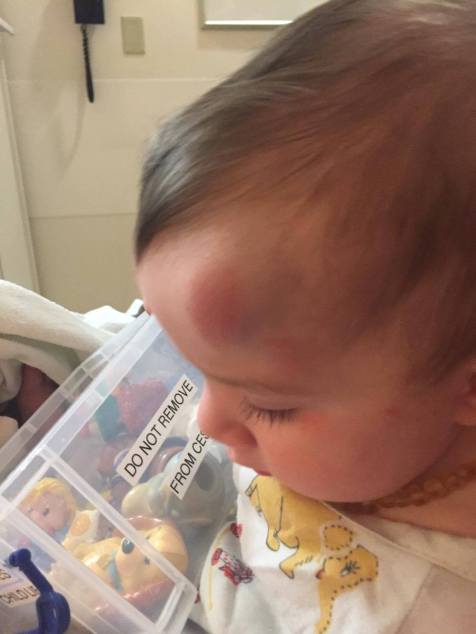 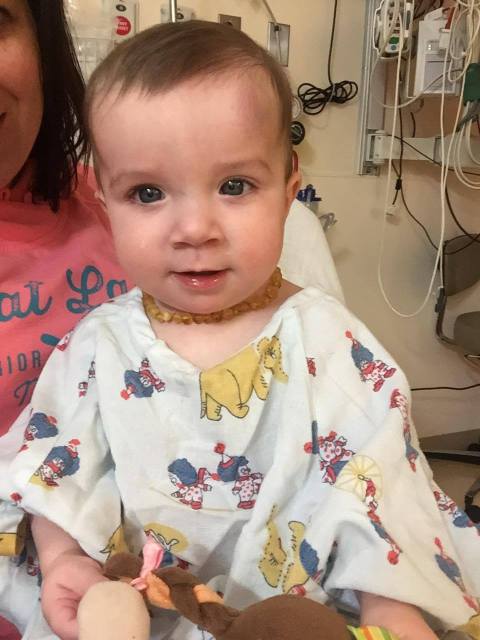 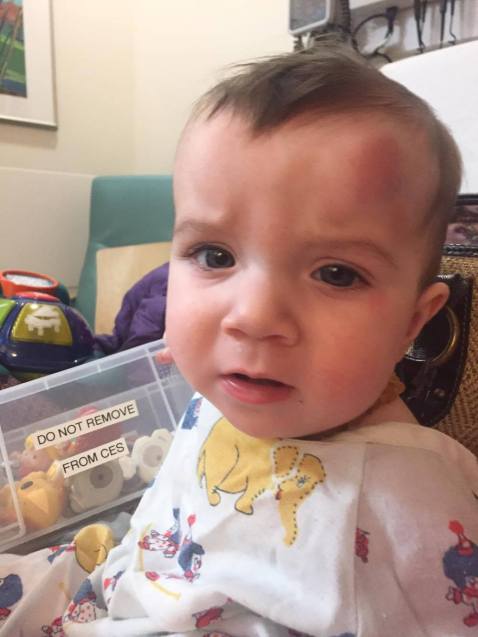