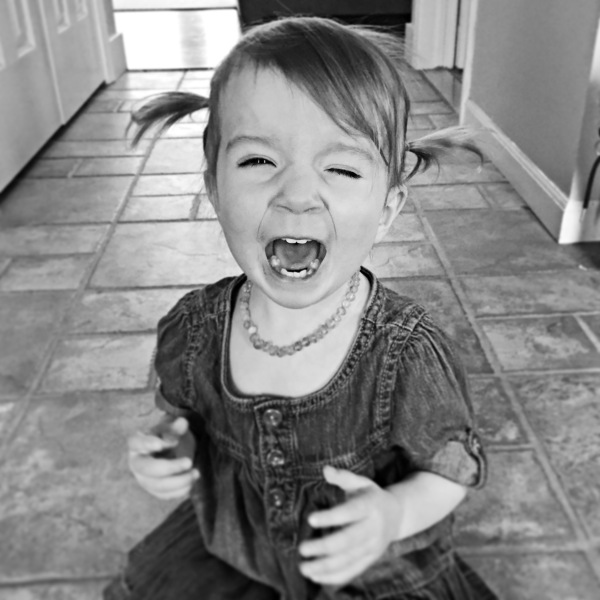 This week was rough.   I literally felt like I was “off” all week… I couldn’t get my shit together, couldn’t remember things, was late continuously, and kids kept getting sick randomly.   I’m glad to start a new week over tomorrow.

Let me recap my fun for you:

Well we can go back to the 21st… which I think was kind of the beginning of a 2 week chaos.   We’d just gotten home from NYC and it was Porter’s birthday.   Of course I didn’t have anything for him to take into school!  Amelia had gymnastics in the morning so the girls and I picked up donuts and cake from the bakery and dropped the donuts off at P’s school.  Voila.   We made it to gymnastics, then home for nap.   I know there was something else going on during the day but now I can’t remember.   Hudson got home from school, telling me how he got good marks on his daily behavior sheet and then said his teacher wanted to see his new American Girl Boy doll, and I could bring it to the meeting after school.  Meeting? OH SHIT!  The meeting I was supposed to be at an hour ago!  I felt horrible.   We had a quick dinner, cake and sang to Porter, then took the 3 bigs to swimming, Ry dropped off Lou at the pool so he could go to a football board meeting at 7, then I left Porter at the school after swim so he could go to basketball from 8-9, where Ryan would pick him up.  OH MY WORD!   Tuesday, please give me a break!

Fast forward to Thursday… Hudson woke up sick in the middle of the night.  Ryan was heading out of town for the weekend.  I kept him home and he literally laid in bed ALL DAY LONG… just zoned out or sleeping.  Poor kid was miserable.   I oiled him up with Exodus II, Thieves, Oregano and diffused the heck out of his room.   Luckily it was also gorgeous out that day so I was able to air out the house.  I feel like by February, the house is basically a petrie dish of germs from winter.

Friday morning, Porter acted sick and Hudson said he “still felt a little icky tummy”… so I kept them all home.   By 9am I realized… EVERYONE WAS TOTALLY FINE.   Grarrr.   So, my day of running errands and dropping off donations around town and grocery shopping was pretty much shot.

Now for the week of “Nicole is an effing airhead”.

Monday:  Work meeting at 10:30am.  Every week.   Right?   Well, I scheduled Amelia’s riding lesson at noon, which meant I needed to pick her up at 11:30 from school, meaning I needed to leave home at 11.   GAH.   Then, I forgot her riding boots.   Luckily she had boots on at school so that worked.

Tuesday… uhm.   I think Tuesday was okay.   I remember forgetting something… I’ve said “I am failing” at least 10 times this week.

Wednesday… I work Wednesdays and had plans to meet Carly at the Chelsea Treehouse at 5.  I have a hard time stopping work when I’m in a “zone” and… well, got into the shower at 3:45 to leave the house at 4:30.  Yeah.  Well, at 4:35 I ask Amelia to get out of my bed (she had “rested” during nap time watching cartoons), and she got up and said “I feel sick!”   Yup.  Burning up.  Spit up phlegm.   I called Carly, who was already on her way.  I feel like the shittiest friend because I never commit to things and when I finally do, I’m freaking late or have to bail!   So, I decided… nope.   I’ll leave her home and take the other two.   Of course she bawled and asked why she couldn’t go… even though the poor thing felt miserable.

Thursday…  Ryan’s birthday.  I’d ordered him some black Ugg boots online.  Well, the Ugg website was out of stock in his size so I checked Amazon.   Got the boots earlier in teh week but didn’t look at them.   I went to wrap his present and opened the boot package and realized… these suckers are knock offs!   Plain brown box, no care tags etc.   WHAT THE WHAT.   The quality looked great still, but I was ticked to pay the same price as real Uggs.   So… I wrapped up his knock off boots and figured, we can return them later and order from the website.

Took Porter to an appointment that afternoon, and then ran home- fed kids leftovers, and went to Hudson’s music program at school.   When I got home I realized… I forgot I had planned to meet Katie and Brynn at the clay/potter place!  ACKKK.

(By the way… Hudson did amazing at his program.  Last year he cried at his 2nd grade program, and refused to even go up on stage for his class Poetry day at the local theater.  This year?  He got up on stage with ALL 8 third grade classes and an entire auditorium of parents and families watching.  And he sang!  And he did the motions to the songs!  I was so proud!)

Friday:  Had a meeting with Porter’s teacher + counselor + principal.  This was at the same time as Amelia’s school pickup so… Ryan went to do pickup.  However, as we were leaving the house, Lulu puked.   I went to the meeting (because… already stood them up once!), and Ryan got Amelia.  Chaos.  Met up with him and grabbed Amelia to take to her riding lesson, then ran home to meet a friend who was coming over to pick up some class supplies.

Saturday.. Basketball game at 9am.   Amelia’s friend had a birthday party that afternoon, so I told her we’d head to Target before and pick out her present (she wouldn’t let me get one earlier in the week without being there to pick it out).   We left home at 12:40… drove by Brynn’s house and Amelia says “Mom… everyone is already there!”   I’m like… uhhh… yeah, there are a lot of cars there for a 2:00 party!   I stopped and looked at my texts and sure enough, party is from 12-2!  GAHH!  I spin around run back home, ask Ryan for $20 and put it in a card.  Amelia is bummed she didn’t get to pick out a present but I felt so horrible for being late!  Thank goodness they live down the road and Amelia saw the cars in their driveway, or we’d have been chillin’ at Target showing up 2 hours late!